Getting Lost in a Guitar

Sometimes when I play my guitars, I go somewhere else. There’s a mystery inside of these boxes, wood with steel strung across it that defies a real true telling.

And it doesn’t happen all the time. Sometimes I pick up a guitar that sang to me the day before and there’s nothing there. It’s like someone isn’t home. And then a week later, the old friend returns. I wish someone could explain it to me, but then really I don’t want to know. I’d rather be surprised.

I have a 1952 Gibson LG, a little scruffy thing that looks like it was beat up in a bar fight outside of Phoenix and had to go to work in a car wash just to pay the bills. The first time I played it I immediately, and I do mean that, went somewhere else. Out of the guitar store, into the middle of a field, a still day, sun setting behind the trees, I’m on a bench, writing.

And I heard songs in that guitar. I want the songs. I buy guitars because they have songs in them that want to come out. Stories. I literally can feel the songs speaking. It sounds crazy, but it’s true.

On the road, I play my Collings. And when I’m in the back of a club, in a dressing room, with hours to kill before a show, the Collings and I pull the curtains on the world. No one can find us. We don’t need anyone’s help making it back to the show.

Wood, metal, held at tension, and out of that comes a medicine that cures more than I’ll ever know. I love a good guitar. 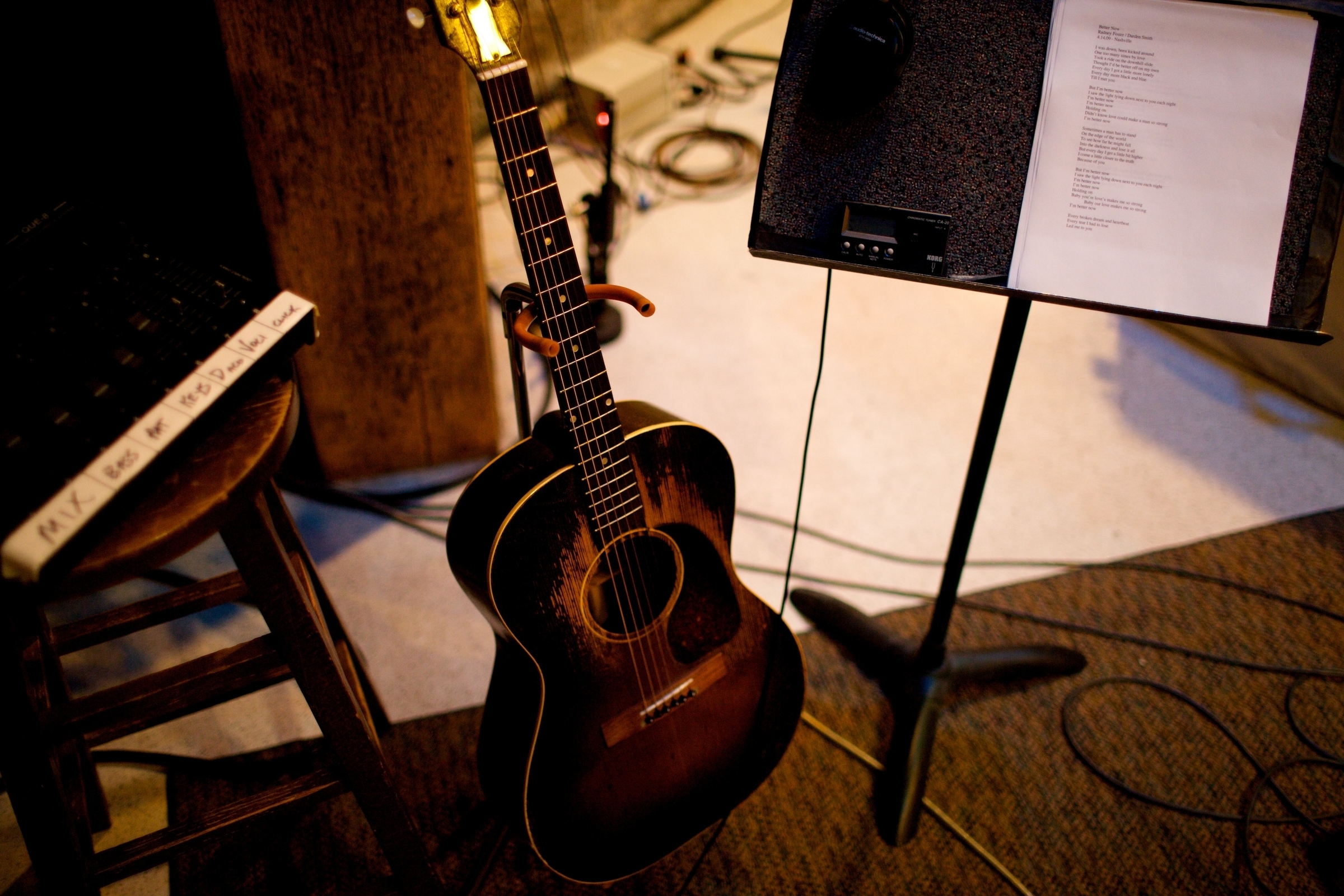