Almost all kids are sweet underneath all the chaos the world puts on them. It’s our job as adults to lay as little as possible on the pile. And when possible, lighten the existing load.

I met this little sweetie in Johannesburg in May when I was there writing songs as part of the documentary on FAWN. She was in an orphanage, having lost both parents to AIDS, and is infected with HIV herself. Like many kids I met during my time in Africa, she had never heard an acoustic guitar played, never seen one up close. I would let them crowd around and just hit on the guitar. The sound of the hands on the guitar, the strings making this completely chaotic jumble of notes and rhythm, and their voices was better than most orchestral works I’ve heard. Real magic.

If you see a kid today, lighten their load. 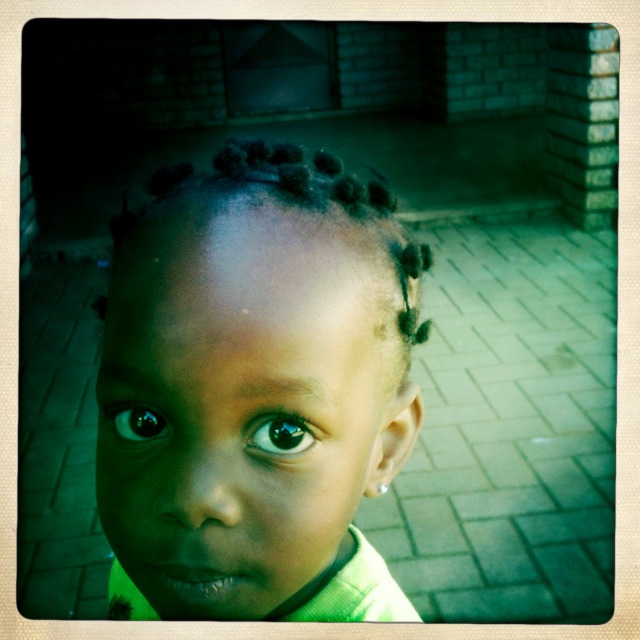